Beetroot: An Underrated Addition to Your Veggie Patch

If your only experience of beetroot is as a burger topping, oozing its blood-red juices across the bun, you might not have given much thought to making space for this vegetable in your patch.

But if you grow beetroot yourself you may be surprised at just how versatile this often-underestimated plant can be. Here's what you need to know.

The Origins of Beetroot

As with so many common vegetables, beetroot originates in the Middle East, with the plant now known as Beta vulgaris grown since at least the times of Ancient Egypt, and likely much earlier.

Originally cultivated for its leaves, over time selective breeding moved the ancestor plant in two directions. Plants with bushier leaves and thicker stalks became known as chard or silverbeet, while a focus on root production led to common beetroot, sugar beet, and the less sweet mangelwurzel originally developed as a fodder crop.

Despite their differing characters, all these plants remain varieties of Beta vulgaris, but it's the common beetroot with its unique flavour which is perhaps the most interesting to grow.

Common Beetroot in the Veggie Patch

In its most familiar form, common beetroot produces globular roots roughly the size of a golf or tennis ball, but depending on variety the roots can also be elongated tubers of various sizes.

Typical roots are a deep burgundy red, both inside and out, but varieties have also been developed with purple, golden-yellow, white, and even candy-striped roots. All have much the same sweet earthy flavour, but non-red varieties don't have the characteristic pink staining ability, making a powerful plus point for some.

Whichever variety you grow, the leaves are generally a vibrant green veined with red or purple, but red-leaved versions are available which take the plant almost into ornamental territory.

Each seed produces multiple stems, with the growing bulbous root peeking out just above the soil surface, and a long tap root descending below. By maturity, the plant will be up to 60cm in height, with a spread at soil level of only 10-15cm.

The leaves are rich in vitamin A, and are also high in beta carotene, an antioxidant valued for its potential immune system boosting properties.

These qualities mean that beetroot was a highly valued medicinal vegetable in middle-ages Europe, considered to be an invaluable aid for the digestive system as well as an effective cure for garlicky breath.

Beetroot in the Kitchen

Beetroot has a wider range of culinary uses than many people assume, with virtually every part of the plant being edible.

The young leaves can be eaten raw, or added to stir fries and other quickly cooked dishes. Older leaves are a little tougher, and can be treated as spinach or chard for substantial main dishes or sides. However, the very oldest leaves can become bitter and fibrous, so test the flavour before adding to other ingredients.

Baby beets can be eaten raw when marble-sized, with larger ones best roasted or boiled. Roots which have grown woody with age can be cooked and pureed to make the classic eastern European soup borscht, leaving nothing to waste.

And lastly, roots of all ages can be grated and used in cakes and brownie recipes, much like carrots, where they add both sweetness and a rich, dense colour.

How to Grow Beetroot

Beetroot is happiest in relatively cool conditions of 20°C or below, and will quickly bolt to seed and grow woody if temperatures consistently exceed 25°C. While it needs at least four hours of sun a day to thrive, it's best to keep it out of direct midday sun in hotter climates.

If your local conditions are at the warmer end of the range, choose a bolt-resistant variety for more reliable results, and grow in a shady corner where possible.

In temperate areas, beetroot can be sown mid-autumn for overwintering and a mid-spring harvest, or from early spring onward. In cold areas, sowing mid-spring through to summer is ideal for a harvest around three months later. In hotter areas, aim to have the plant complete its entire germination and growth cycle in either spring or autumn, avoiding the summer months entirely.

Although beetroot can be sown indoors for an earlier start, it's susceptible to transplant shock and root damage, so sowing either in permanent containers or directly outdoors are the preferred methods. If using containers, the pots should be 20cm wide and at least 30cm deep to give ample room for root growth.

For typical-sized roots, aim for a final spacing of around 10cm between each plant. Denser sowings can be thinned out after germination, with the tender seedlings perfect for use in fresh spring salads.

Whether you sow in containers or in the open, the soil should be finely textured, easy draining, and free from stones and other obstructions which can cause split roots.

Once germinated, water the growing beetroot well and frequently to ensure succulent, non-woody roots. However, avoid waterlogging as this will produce excess foliage at the expense of roots.

In poorer soils or with dense sowings, a fortnightly feed using liquid seaweed can boost production, and treating the soil with boron in early spring can be useful in the many Australian areas where the mineral is naturally deficient.

Beetroot can be usefully harvested almost throughout its life cycle. Individual leaves and stems can be picked for salads and vegetable dishes from around six weeks after germination, leaving at least four leaves on each plant so that growth can continue.

The roots have maximum sweetness and succulence when they're around a golf ball in size, with a tennis ball being the typical upper end for tender roots. Older and bigger roots will be tough and woody, as their naturally high fibre levels become more pronounced.

When harvesting, loosen the soil around the root and lift gently by the stem while trying to keep the root intact. Undamaged, leafless roots will store far more successfully, so if you're not using immediately, trim to leave a little of both stem and tap root attached.

For longer-term storage, pickling is the traditional method of preserving. Most recipes use a sweet, spiced vinegar and a hot pickle method, with the unopened jars lasting up to a year stored in a cool, dark place.

If pickling isn't to your taste, beetroot can also be pressure-canned in its cooking juices, or can be cooked, sliced, and placed in a dehydrator to make sweet and crispy snacks which last indefinitely.

Given the coolish, moist conditions they love, beetroot are a highly forgiving plant to grow. Nonetheless, there are a few common problems you may encounter.

These problems aside, beetroot is one of the more straightforward veggies to grow. Sow enough seeds to cover natural wastage from pests, and you're almost guaranteed a delicious harvest from tender, early leaves right through to juicy, adult roots. 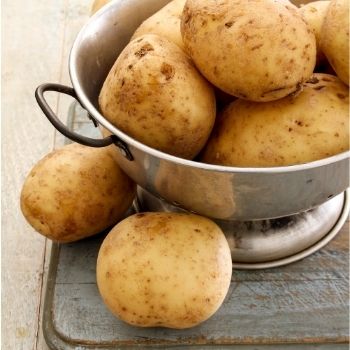 How to Plant Asparagus Crowns to Grow Sweet, Juicy Spears