Many of us dream of vegetable gardens neatly set out in straight rows of identical looking seedlings, all growing in a uniform manner until harvest time. While having an ordered garden is aesthetically pleasing, it can have its drawbacks too. Pests can easily move from one plant to the next, working their way along a row of vegetables in no time. Soil can become depleted because all the plants in a row need the same nutrients at the same time. And properly spaced rows can take up a lot of space, leaving bare soil between plants.

In nature, most plants don’t grow in monocultures or rows; instead, individual plants grow alongside plants of a different species in a biodiverse mix. Bringing this concept into your vegetable garden with interplanting can help reduce pest problems, save space and produce better crops. Here's why.

Interplanting is a form of companion planting, where two or more kinds of plants are grown together. Often, the two plants are grown alternately along the same row, or sometimes in alternate rows or blocks. Unlike the more usual companion planting, which often uses one 'sacrificial' plant to benefit your main crop, with interplanting both species benefit from what the other brings to the relationship.

It’s worth noting that there’s a lot of folklore but not much conclusive research in this area of gardening. Observation and experience are therefore important to determine what works in your garden.

One of the main reasons to use interplanting is that it can act as a natural form of pest control. For some pairings, it's thought that the aroma of one plant deters insects that may otherwise attack the other. In others, it may just be that the mixture of plants' aromas dilutes the attraction of both. In still other cases it may work simply by making it 50% less likely that an insect will land on a plant it will find tasty.

Another potential benefit is increased yields as a result of planting more densely. Where partner plants have different growth habits, time to maturity or nutritional needs, you can safely plant them a little closer together than you would if you planted out the two varieties separately. This makes interplanting a great technique for gardeners with limited growing space. Take care not to crowd plants too much; each plant still needs adequate space above ground to reach it’s mature size, and enough space underground for its roots to develop freely so it can access water and nutrients.

Sometimes pairing plants can produce other benefits too. Plants with bountiful flowers can help attract pollinators to others which rely on insect help to set fruit. Larger plants could provide shade for smaller, heat-sensitive ones, or tall and sturdy plants could provide support for climbers.

And lastly, sometimes it just makes practical sense to grow two species together if they prefer the same light and soil conditions, or if you're likely to harvest and use two neighbours together in the kitchen, for example with basil and tomato.

Whatever the reason behind your interplanting, there are several traditional combinations that seem to produce genuinely useful results. It's worth experimenting with different combinations to see if they bring any mutual benefits. To get started, here are five of the most common pairings that many growers swear by.

Tomato and basil make a great interplanting combination, if only for the culinary idea of 'what grows together goes together'. But the pairing has several other advantages too.

Cucumber and dill is another classic culinary pairing, particularly in pickles, but also in a wide range of salads and dips. If you're a cucumber grower who's looking for even better results, a few easily grown dill plants could be a secret weapon for two essential reasons.

Corn and pumpkin are two crops which are perhaps less often used together in the kitchen, but they make a great pairing in the veggie patch. However, as both plants are heavy feeders, it's wise to enrich the soil with plenty of compost or rotted manure before planting.

Radish and carrots might seem an odd combination to grow together, potentially conflicting as they're both root crops. However, there are three reasons why the pairing makes sense.

5) Carrots and Onions, Chives, or Other Alliums

Lastly, carrots and alliums together form the basis of many classic stews and sauces, and both are veggie garden staples. There are three solid reasons why growing them together makes sense.

These five ideas are only a few of the potential interplanting combinations you could try. If you want to get more produce out of your patch, it's well worth experimenting with different combinations that can cooperate while increasing biodiversity. It’s an eco-friendly alternative to growing vegetables as mini-monocultures. 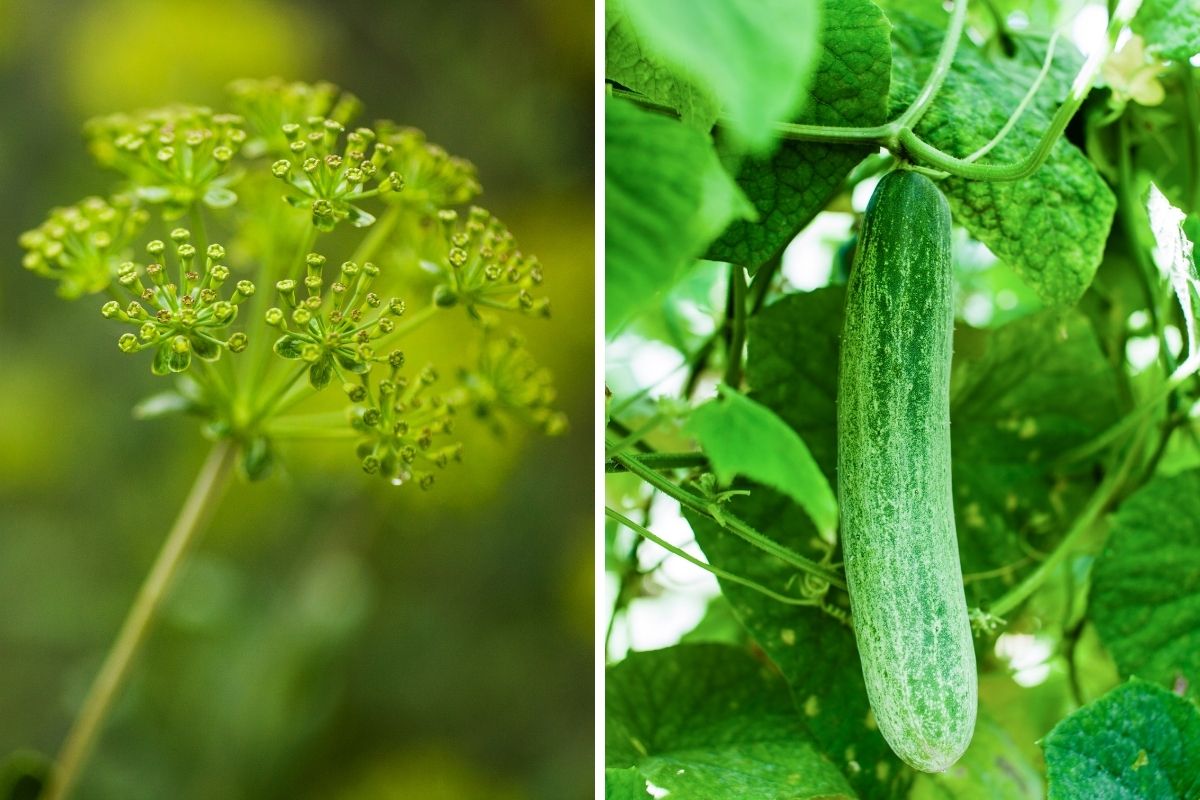 Interplanting two or more crops together can boost the health and productivity of your veggie garden. It can also add convenience to your growing and harvesting, as this article explains. One of the oldest natural growing techniques is companion planting, where combinations of plants are grown together, each providing benefits to the others for mutual success. The 'Three Sisters' method is one of the more famous companion planting schemes.

Using the 'Three Sisters' Method to Grow Corn, Beans, and Squash - Companion Planting at Its Best Diversity is a great thing, which we can use to our advantage in our gardens to make it far easier to grow crops organically. Companion planting is the constructive combination of different plants to create benefits for one, the other, or both.